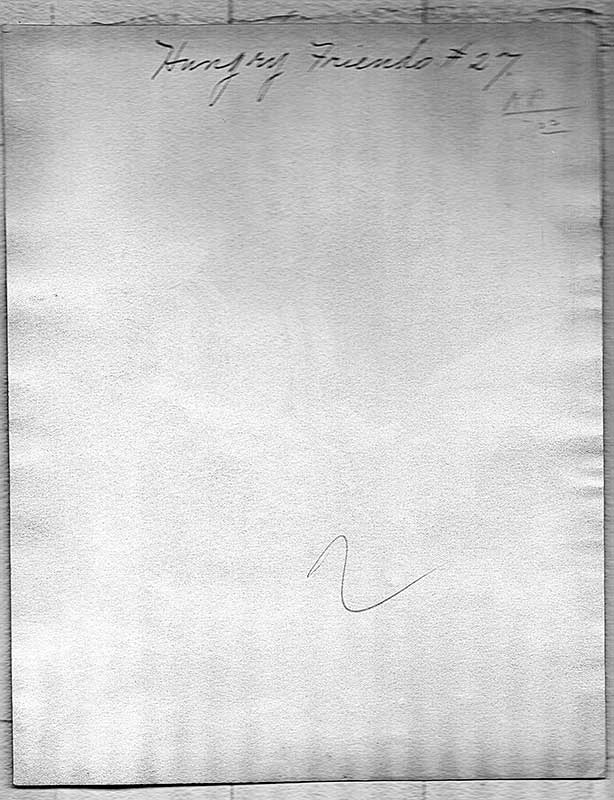 ◄ Back
Next ►
Picture 2 of 3
Last year, I purchased what I thought was a framed black and white print,copyright 1900 by the Tonnesen Sisters. I was especially interested in it because it had an intriguing handwritten note attached to the backing. The note said, “One of Mrs Jennings pictures of Sch’dy. Edna Lein’s (Lewis?) mother. Erie Pa.” Since I have had some success locating Beatrice Tonnesen’s original photos through the descendants of her models, I was interested in the possible clues offered in the note. The child model in the photo appears to be Alice Gudgeon (b. 1894), who was featured in a pictorial in the Chicago Tribune in 1900. So I scoured Ancestry.com and other sources for someone named Mrs. Jennings, Edna Lein or Edna Lewis, or any reference to Erie, PA in Alice’s life. But, alas, I found nothing. I also have no idea what “Sch’dy” might mean.