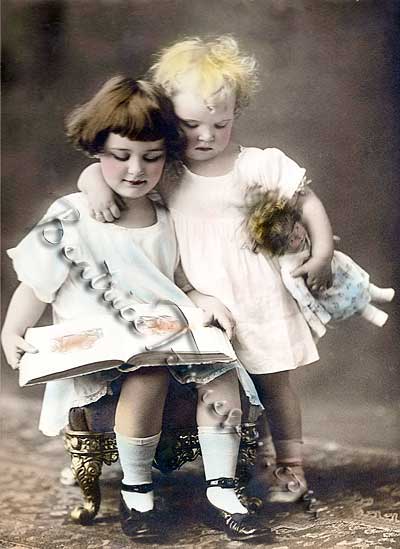 The blond toddler shown in Tonnesen photos and prints circa 1917-20 has been identified as Jane Berghauer (1916-1994). She had earlier been identified by fellow models as Janie Burkhardt or Janie Berkhauer. Searching on close matches, I found that the Chicago Tribune reported on November 3, 1917 that Jane Berghauer had placed second in a “prettiest baby” contest for 1-2 year olds.

Family friends Brenda and Rudy Arreola confirmed that she had modeled as a child. They also have been kind enough to supply biographical information. Jane lived in Chicago all of her life, marrying John Sheridan and eventually becoming vice president of Cosmopolitan National Bank. She also had a younger brother, Vern, who modeled as a child. It is known that he modeled for the catalogs of large department stores such as Marshall Fields. We are currently trying to determine if he modeled for Tonnesen or other art photographers active in the 1920’s. Neither Jane nor Vern had children.