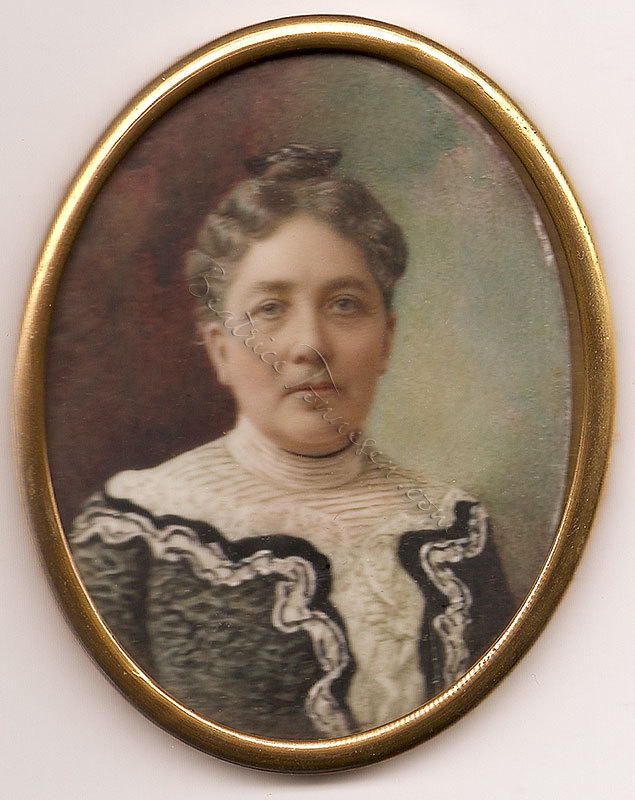 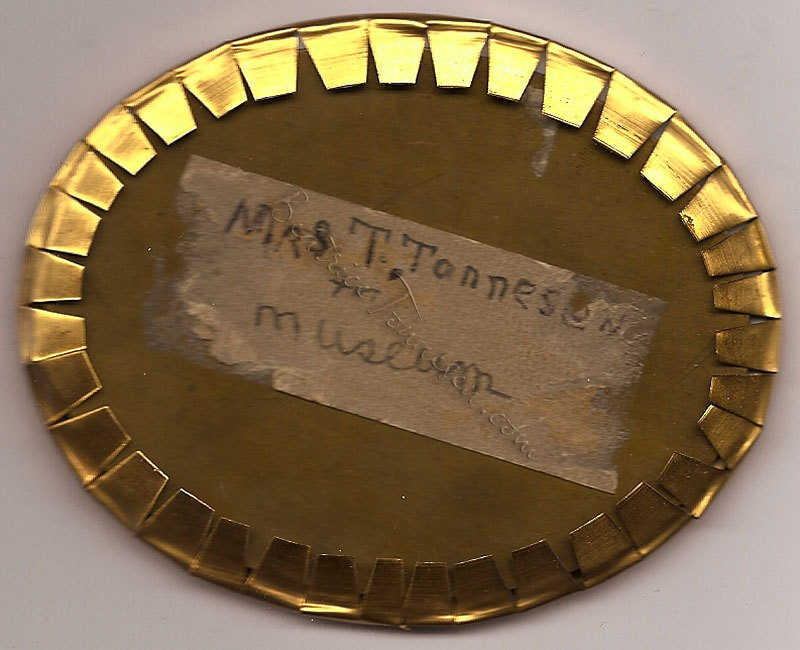 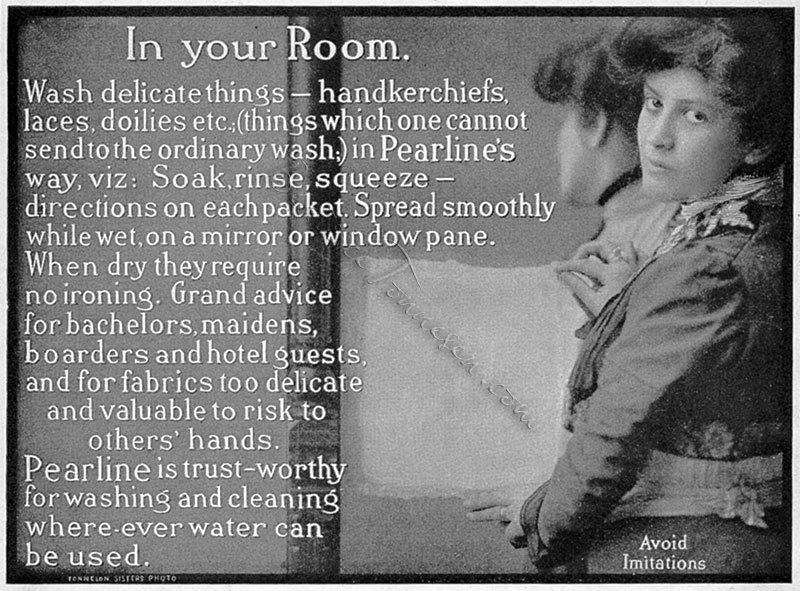 Over the past several months, I’ve added three rare, diverse and unusual examples of Beatrice Tonnesen’s early work. Hundreds of examples of calendar art derived from her photos are still available to collectors, although her photographic contributions were seldom acknowledged in print. And relatively fewer signed examples of her illustrated or painted artwork are also still obtainable, with a little effort, in today’s vintage art market. But I’ve had considerably more difficulty finding examples of her early portrait work, her advertising photos and her original paintings. Recently, however, I’ve been lucky enough to obtain one of each, which I am happy to share in the accompanying slideshow. In order, from left to right, they are:

Mrs. T. Tonnesen (front): I purchased this from a collector of miniature portraits who identified it as a painting in watercolor on wafer. The painting is contained inside a burgundy-colored velvet case. The subject is Beatrice Tonnesen’s mother, Mrs. Tonnes Tonnesen. This was painted from a photo by Beatrice Tonnesen, an original of which is owned by Mrs. Althea Nelson, and shown in Album 3 of the catalog on this blog. (Mrs. Nelson is a descendant of Tonnesen’s brother and the mother of Sumner Nelson, who provides the technical effort and expertise and digital image restoration for this website.) Tonnesen’s Studio, which is identified on the original photo, opened in about 1896 and Mrs. T. Tonnesen died in 1900, so the photo was obviously taken during that approximate four-year span of time. I believe that Beatrice herself painted the miniature portrait, because her handwriting appears on the back of it.

Mrs. T. Tonnesen (back): A piece of tape affixed to the metal plate on the back of the painting bears a handwritten note: “Mrs. T. Tonnesen for Museum.” I compared the handwriting to that found in Beatrice Tonnesen’s scrapbook (See link on this blog) and sent the image to Scott Cross, archivist at The Oshkosh Public Museum, who confirmed my identification.

Cabinet Photo – Portrait of Baby: Tonnesen’s initial commercial success came largely from her private portrait work for many of Chicago’s most prominent families. So the beautiful child in this original cabinet photo may well have been a Pullman or a Palmer ! However, there is no identifying information on the back of the photo, so we will probably never know.

Pearline Ad: This original print ad appeared in “Everybody’s Magazine,” Vol. 7, 1902. As can be found in the text, Pearline was a product used for cleaning delicate linens. Though Tonnesen’s first major claim to fame was her pioneering use of live models in advertising, I’ve found it extremely difficult to find examples of this phase of her work. It seems her ad photos were seldom credited to her, and her usually identifiable studio props were seldom in evidence, probably due to the advertisers’ understandable wish to highlight their own products, rather than her props. However, in this case, Pearline helpfully added the words “Tonneson Sisters Photo” in the bottom left. (Though the name was misspelled, the credit was, no doubt, appreciated.) As a point of interest, compare the photo of the woman in the Pearline ad, with the photo of “Muriel” in our post titled “How Tonnesen’s Fedora became Thos. D. Murphy’s Muriel” elsewhere on this blog. I think the same model appears in both photos. What do you think?