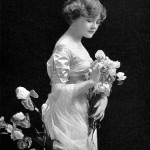 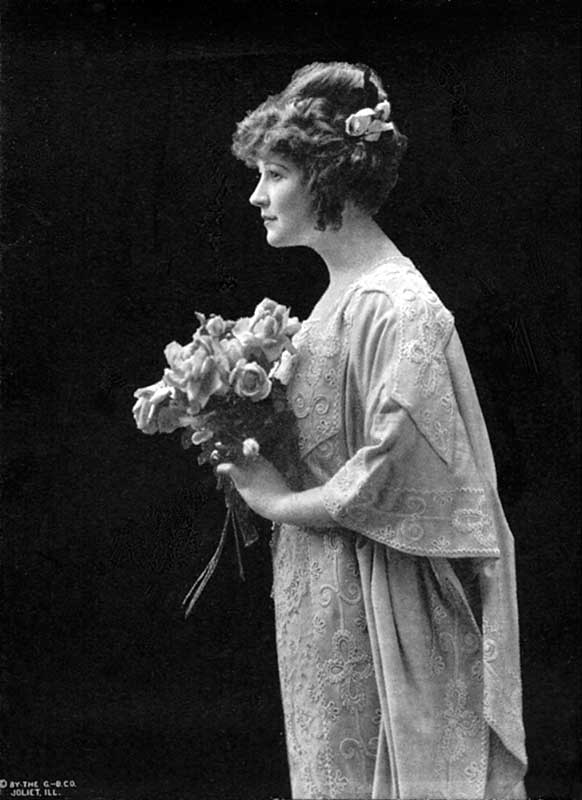 From the "Our Old Sweethearts" series published by the G-B Co, Joliet, Ill. Undated.


In the period between roughly 1910 and 1925, print images of “pre-pinup” calendar girls were popular advertising items in America. Tame by today’s standards, or even the standards of a decade or two later, these photos were artfully composed using flowers and drapes, their styles and themes more romantic than sexual. Nonetheless, they were considered risque in their time. Beatrice Tonnesen was a prime provider of these beautiful photographs, which were displayed on calendars mailed on a monthly or bi-monthly basis to advertisers’ mostly-male clientele. Patrons of companies dealing in manufacturing components, farm implements, tools and, occasionally, savings banks, all perceived to be “men’s work,” were likely recipients.

The slideshow at right displays fifteen gorgeous pre-pinup calendar images created by Tonnesen, all but one published by the G-B Company of Joliet, IL. (I believe that would be the Gerlach Barklow Company, a major calendar publisher of the era.) The first eleven images show undated sample photos used by G-B’s sales staff when calling on advertisers. These images were part of a 12-month line of monthly mailing calendars titled “Our Old Sweethearts.” (The month of August is missing from my set.) All of these sample photos can be traced to Tonnesen. The last four images show examples of finished calendars produced between 1916 and 1920, also featuring prints that originated as photos by Tonnesen. It is interesting to note that the 1920 calendar, advertising The State Savings Bank of Ionia, Michigan, published by The Blanchard Co. of Aurora, IL, was probably used as a sample of a finished work. The information printed in the bottom left of the calendar identifies it as a “Class C (calendar) Mount,” part of a line or theme titled “Flower Girls.” For those interested in seeing other similar pre-pinups by Tonnesen, four color images published by the Thos. D. Murphy Co. in a 1919-20 series can be found in Album #1 of the Beatrice Tonnesen Catalog. (Click at the top right of this page.)