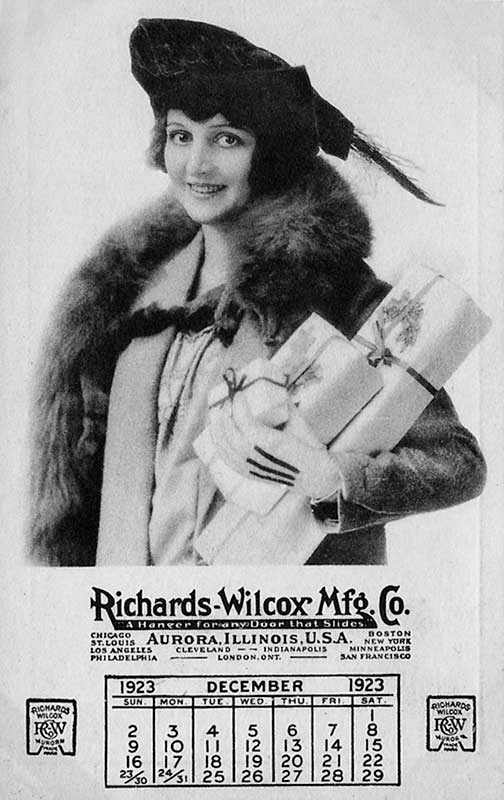 Though I cannot be sure that this Richards-Wilcox calendar was photographed by Beatrice Tonnesen, the model is believed to be Mary Simmonds O'Grady and I have not yet found any published/commercial photos of Mary known to be done by a different photographer.