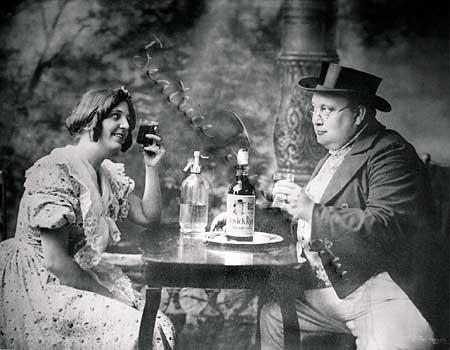 Before the Tonnesen Sisters became known for their art prints, they were known for their pioneering work in advertising. In the 1890's, they came up with the idea of using live models in advertising photos. With Beatrice handling the creative work and Clara tending to business affairs, they marketed their historic new technique nationwide, with phenomenal success.

While a number of large national firms are known to have used Tonnesen photos in their ads, I have found it difficult to positively identify specific examples. This is because the ads tend to feature mostly the product being marketed, rather than the photographer's own sets and props. And the ads are very seldom signed by either an artist or a photographer. The models, of course, are often identifiable, but most of them also modeled for other studios. So, while I can browse an old magazine and identify a great many suspected Tonnesens, it's often difficult to make a positive identification.

Slideshow Album 14 shows six ads believed to have been produced by the Tonnesen Studio. Two of them are attributed within the ad and four of them contain images of items that strongly suggest Tonnesen's involvement. The photo shown above advertises Pickwick Rye and was provided by Laurelei Farley.

Update: 1/26/2009– I found the following praise for Tonnesen’s contributions to print advertising on a website titled “Graphic Exchange”, www.gxo.com.

“But perhaps it’s fitting that the final word on design should go to the woman who first demonstrated the concept of combining type, illustration and photography in advertising. Chicago-based photographer Beatrice Tonnesen pioneered this style of promotion back in the early 1890’s with tremendous success – and over one hundred years later, print advertising hasn’t found a better way to sell a product.”

-Page 41, The Graphics Industry: Evolution and Revolution – The 100 Most Influential Graphics People of the Last Millenium by Dan Brill and Ron Giddings.