Home » Lois » Indian Maiden May Have Been Chicago Beauty Queen 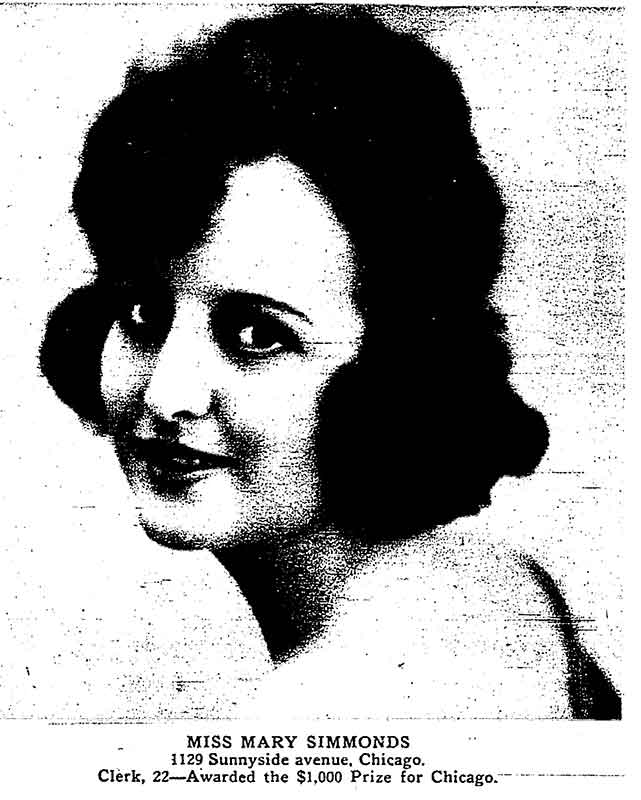 ◄ Back
Next ►
Picture 4 of 4
Around 1922, Beatrice Tonnesen photographed a dark-haired beauty in Native American dress against a neutral background.  Photographs such as this one were in high demand for use by prominent illustrators who added backgrounds and details, producing the romanticized depictions of exotic and adventurous women that had caught the imagination of the calendar-buying public.  Best sellers featured Indian maidens paddling canoes near waterfalls, or standing dreamily amid forest or mountain landscapes.  Also popular were scenes of women in far-off places, costumed in pirate, gypsy or Egyptian garb.  Neither the costumes nor the women who wore them seem to have been authentically Native American or Egyptian.  Nor is it likely any real pirates or gypsies were involved!

Presumably, the subjects were simply local women, supporting or helping to support themselves by posing for artists and photographers.  And Tonnesen’s backgroundless Indian maiden photo, which ultimately became a woodsy calendar print by artist Homer Nelson, may have featured a Chicago beauty queen named Mary Simmonds. In 1921, Mary Simmonds (1895-1976) entered a beauty contest for residents of the midwest. Sponsored by The Chicago Tribune, it offered a total of $20,200 in prize money.  Simmonds didn’t win the big prize, but she was named “Chicago’s Most Beautiful Girl,” winning $1,000 and considerable publicity.

Tonnesen reportedly spared no effort to find the best and most beautiful models for her photos.  At least one other beauty queen (Beulah Clark Dunn) is known to have become a Tonnesen model and one of Tonnesen’s star child models, Jane Berghauer, had been runner-up in a “Most Beautiful Baby” contest.  So it seems probable that Tonnesen followed newspaper coverage of local beauty contests in search of models for her ongoing projects.

I found several photos of Mary Simmonds in the Chicago Tribune archives, and a good deal of biographical information.  Working as an office clerk, she lived at 1129 Sunnyside Avenue with her mother and her younger sister, Anna. Tribune writer Antoinette Donnelly offered a glowing description of Mary Simmonds, complimenting her remarkable eyes and pearly teeth, but adding somewhat oddly that she “…has a pair of ankles and feet that any girl would love to own.”   Later in 1921, Mary married James O’Grady who was assistant manager of the Marquette National Fire Insurance Company.  Census information indicates the pair continued to live in Chicago, raising six sons.

The original photo (See accompanying slideshow) from which Homer Nelson painted is owned by the Winneconne Historical Society.  Oshkosh Public Museum also has a photo that appears to show the same woman, but not as an Indian maiden.  Interestingly, a different photo from the OPM archive bears the notation “Simmonds,” but the photo appears to be of a different dark-haired woman.  This leads me to wonder if perhaps Mary’s sister Anna also modeled.

I’ve included the following images in the slideshow:  Tonnesen’s photo circa 1922 from Winneconne Historical Society (Note the model’s feet and ankles are on display here!); announcement of Mary Simmonds’ wedding , Chicago Tribune, November 9, 1921;  photo and article “Chicago’s Most Beautiful Girl” from Chicago Tribune, May 29, 1921; Photo by Moffett Studio, Chicago Tribune, June 5, 1921.  Comments, opinions and information from site visitors are welcomed!