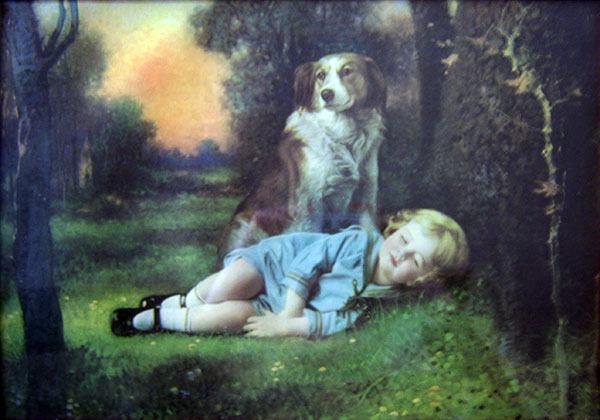 This color print has been found titled "Safely Guarded" and signed A. Pope on a 1927 calendar. It started as a photo by Tonnesen titled "On Guard." 16-20- Tonnesen Pope Emerson 1920-30

(c)1924 Robert Chapman Co. NY.  Reproduced from the original by A. Pope.
END_OF_DOCUMENT_TOKEN_TO_BE_REPLACED