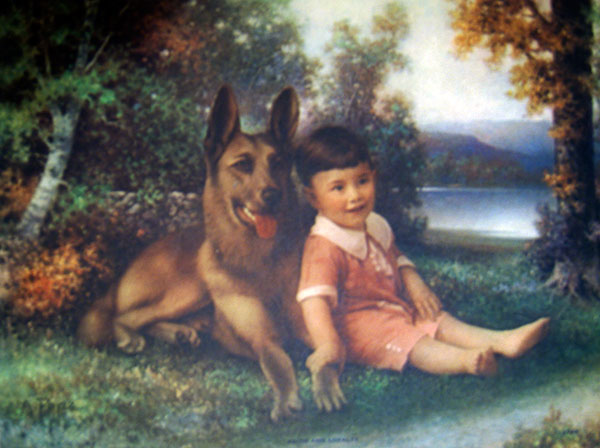 This print titled "Faith and Loyalty" is signed "A. Pope." It originated as a photograph by Beatrice Tonnesen. mystery 16-14-Tonnesen Pope Emerson 1920-1930