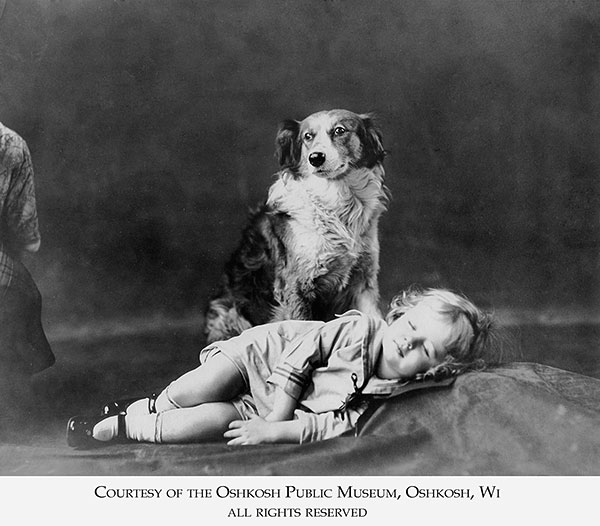 This ca. 1923 photo by Tonnesen titled "On Guard" became a color print titled "Safely Guarded" and signed A. Pope. Beatrice Tonnesen wrote in a 1954 letter that the child, who is dressed as a boy, was actually a girl, and that she was not asleep, but "... just posed for me completely relaxed." Courtesy Oshkosh Public Museum, Oshkosh WI. All rights reserved. 16-19-Tonnesen OPM 1920-1930