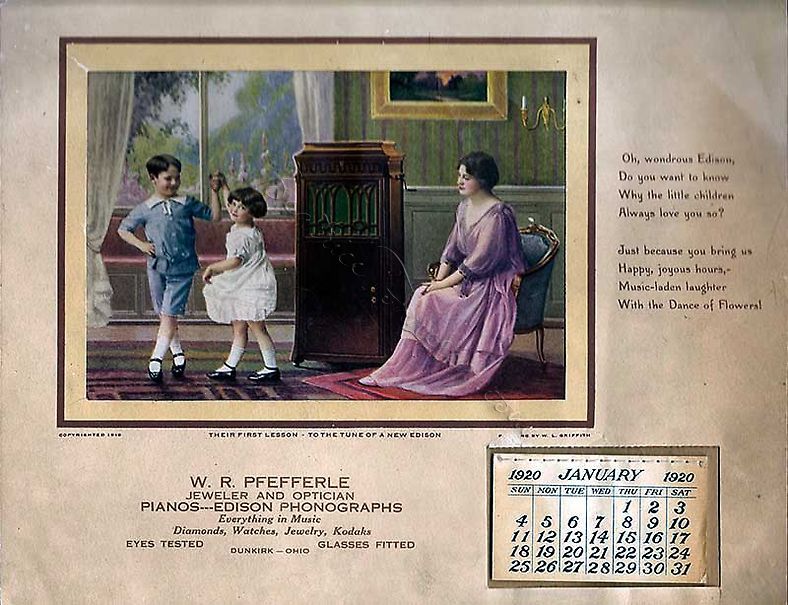 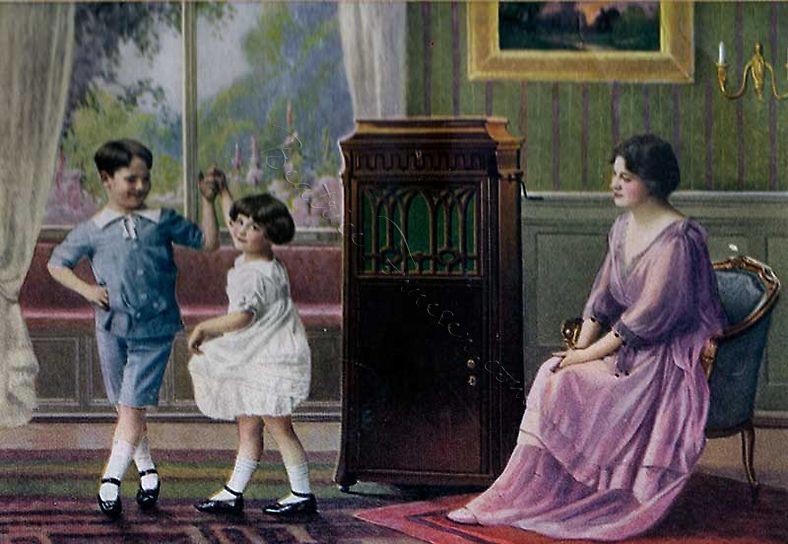 Beatrice Tonnesen’s genius for portraying American family life led the major advertisers of her time to clamor for her services. Here’s a gorgeous example of her work, in which Tonnesen’s photographic genius met Thomas Edison’s inventive genius, to capture the pleasure of a favorite family pastime: Listening and dancing to music from the Edison phonograph.

This 1920 calendar was distributed by W.R. Pfefferle, dealer in Edison Phonographs in Dunkirk, Ohio. Everything from the children’s smiling faces to the accompanying poem, beginning “Oh, wondrous Edison…,” conveys the joy of this still novel form of entertainment. (Scroll over the image of the calendar to read the entire poem.) The colored print, titled “Their First Lesson – To the Tune of a New Edison,” is from a painting by W. L. Griffith, and was copyrighted in 1919. The children who modeled for the photo from which Griffith painted were two of Beatrice Tonnesen’s favorite models: William Redmond (1908-1992) and Virginia Waller (1913-2006). (Redmond’s daughter owns a calendar print titled “Their First Lesson,” showing only the left half of the print, with no mention of the Edison.) The chair shown at right appears often in photographs by Tonnesen. As an adult, Virginia Waller wrote a name on a photo, seemingly of the same woman who portrayed the mother, identifying her as “Jean Blackwell.” She was seen very frequently in Tonnesen’s photos during the teens and early twenties, but I have been unsuccessful in positively identifying her or in finding any family members.

As for the other star of this photo print, the old Edison phonograph, it is still a hot item among collectors. Information can be found on several websites, including www.edisonphonos.com and www.intertique.com.