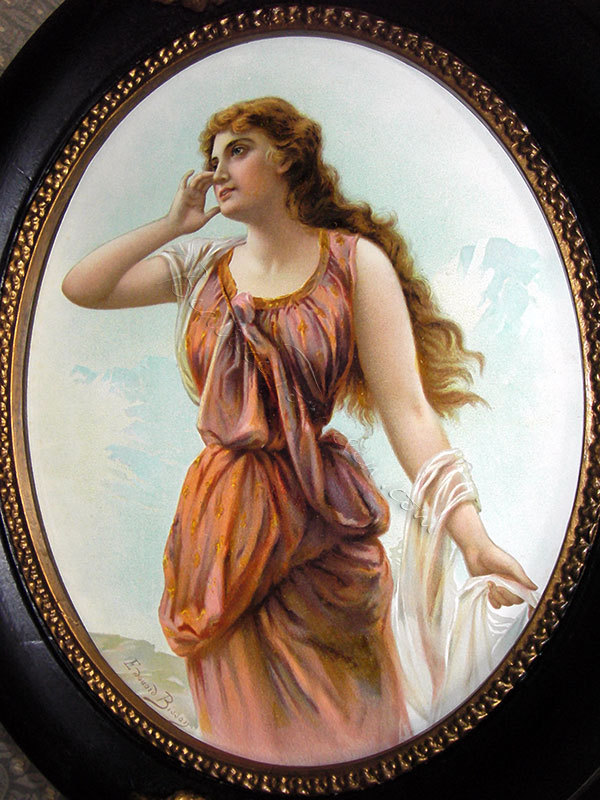 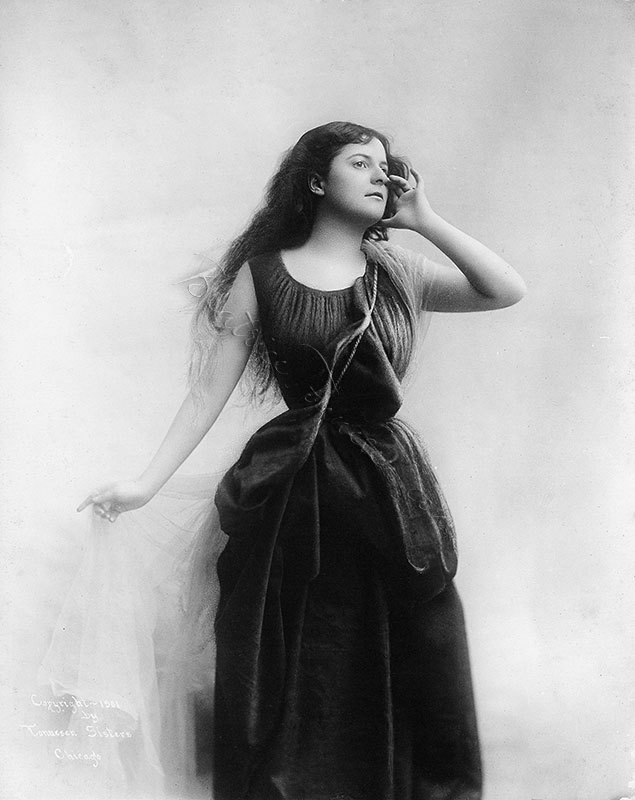 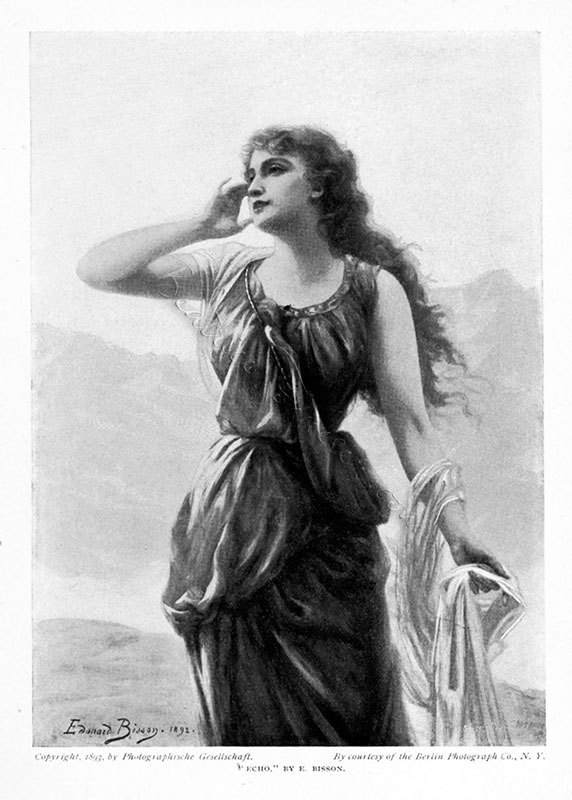 Recently, I saw a color calendar print, reportedly from 1902, titled “L’Echo” by French artist Edouard Bisson (1856-1939), for sale on the internet. Bisson’s “L’Echo” looked just like a photograph I had seen while visiting the Tonnesen archive of the Oshkosh Public Museum. Perusing my notes from that visit, I found that Tonnesen had titled her photo “Echo”! Tonnesen’s photo bore a 1901 copyright date. “How exciting!” I thought. Maybe I had found another artist who had painted from a photo by Tonnesen – and a French artist at that!

Alas, further research revealed that Bisson’s “L’Echo” appeared earlier as a black and white illustration, titled “Echo”, signed and dated 1891. So, it would appear that it was Tonnesen who was inspired to create her “Echo” by Bisson, not the reverse. This makes sense in the broader context of the calendar art business of the time, during which it is known that publishers asked calendar artists to create paintings that replicated, or at least closely resembled, other already popular works. So, it probably should come as no surprise, that photos of that sort were also in demand. We know that Tonnesen took orders for photos from advertisers and calendar publishers. In all likelihood, she was asked to create a photo counterpart to Bisson’s already popular “Echo.”