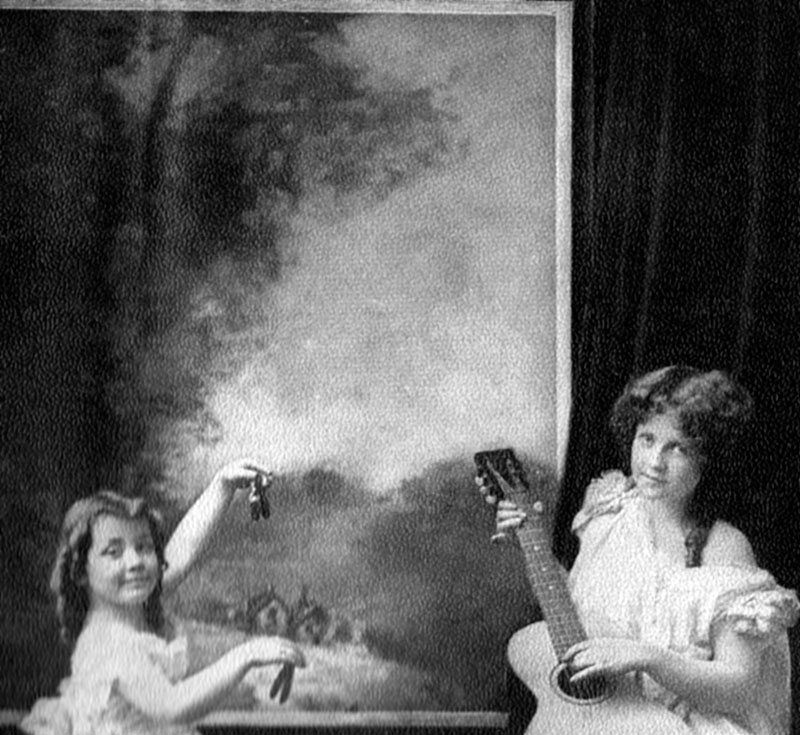 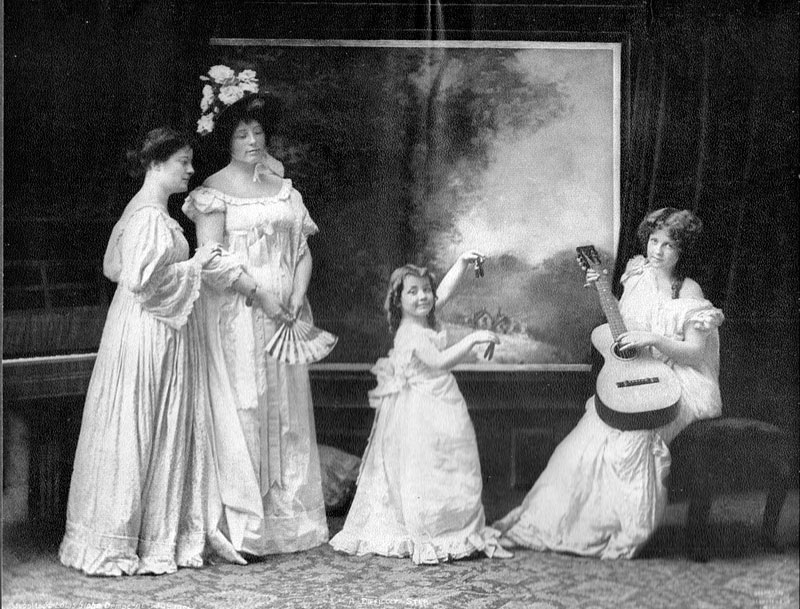 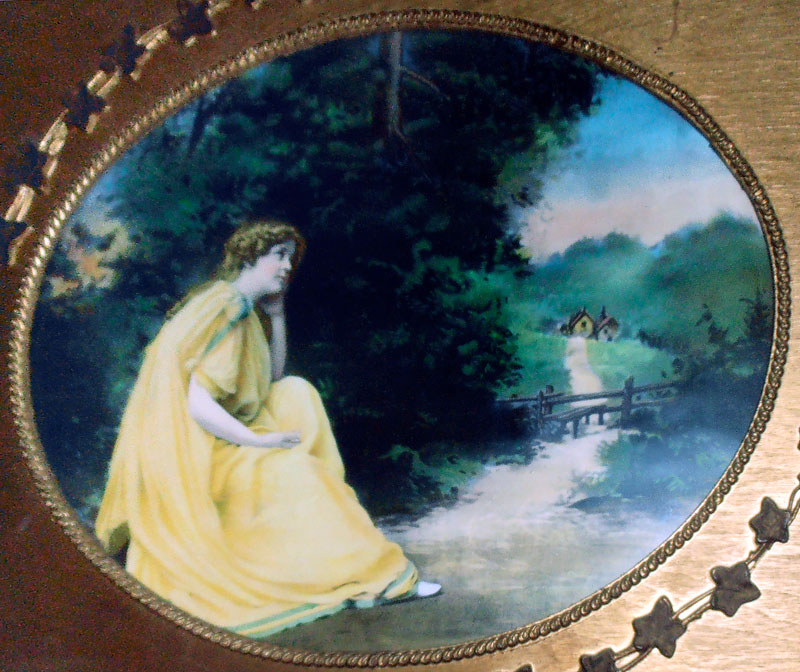 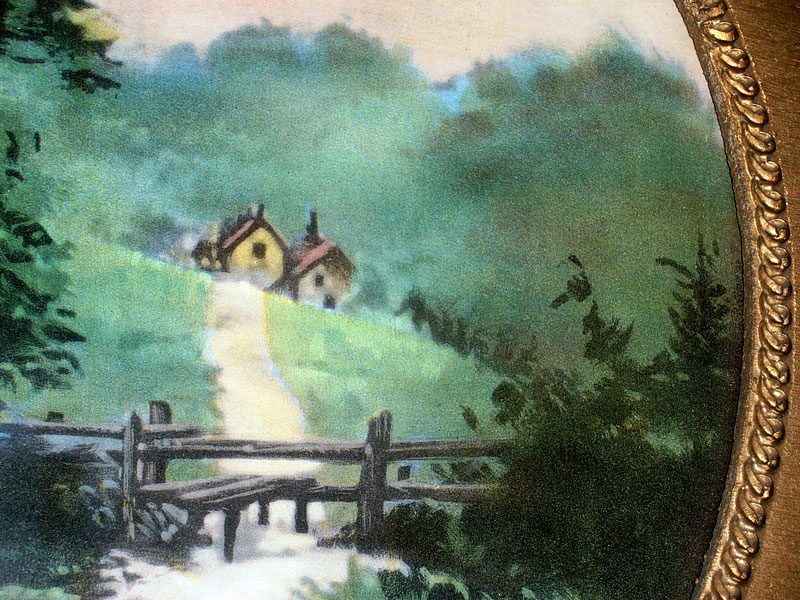 With the arrival of the Golden Age of Illustration, the period between roughly 1900 and 1940 when calendar art was at its height of popularity, calendar publishers and the artists they employed scrambled to meet public demand. The technique of photo illustration, blending a photographic subject with a painted background, was used by prominent artists to help them turn out the most desirable images of popular subjects of the day. Photos of beautiful maidens, charming family groups, and exotically-costumed strangers could be blended and finished by the artist’s paintbrush. As both artist and photographer, Beatrice Tonnesen was uniquely poised for success in the field. Not only did she sell her raw photographic images to publishers and artists for their use, she sometimes painted from her own photographs to create the finished product herself.

Recently, I acquired a lovely scene of a young woman in a rural, outdoor setting, titled “Listening to the Birds.” I suspected it came from a photo by Tonnesen because I recognized the woman as a Tonnesen model, circa 1900. But something else looked familiar. It remained a mystery until, packing up my collection for a long-distance move, I spotted the rural scene I’d seen in “Listening to the Birds.” But the print was an indoor scene. And the outdoor rural setting I had recognized was shown as a mural on a parlor wall, in a family-themed print titled “A Difficult Step.” So, somehow, this piece of interior home decor in one image became an entire outdoor setting in another. I’m no photographic expert, so I have no idea how this was accomplished. But I think it’s an amazingly clever device, by an amazingly clever artist. Also of note: It appears that the musician in the “Difficult Step” is the same young woman shown in “Listening to the Birds,” and I think she’s wearing the same dress. The slideshow at right shows both prints.