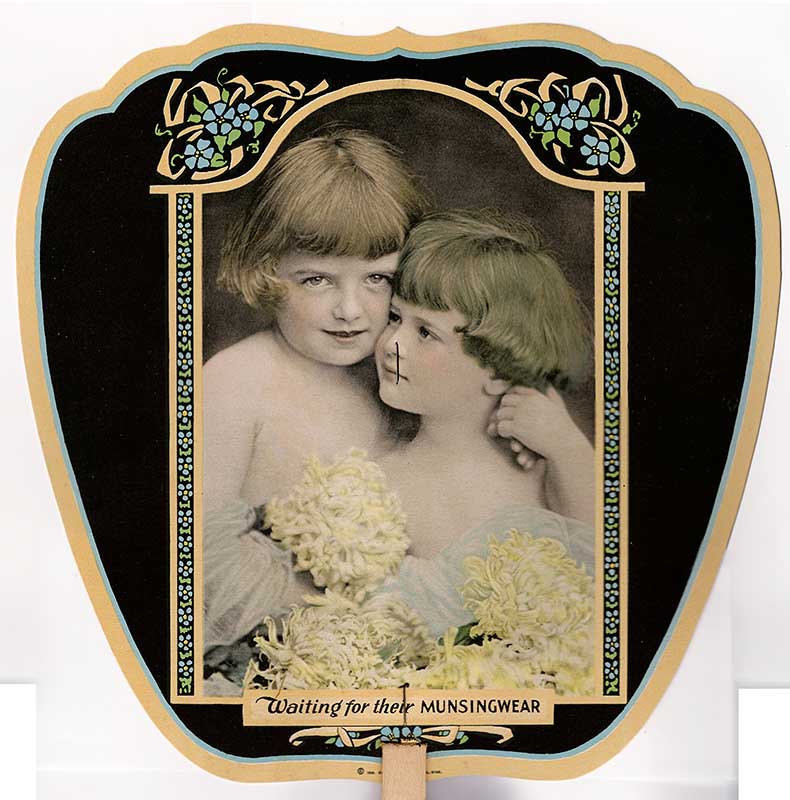 This fan was copyrighted by Munsingwear in 1926, although the photo by Tonnesen was taken much earlier, probably around 1917. The girls are (l.) Betty Crowe (1910-2008) and (r.) Virginia Waller (1913-2006). This sample fan was mailed to Munsingwear dealers, along with a calendar featuring the same image and the sales letter shown in the next slide. An original photo of the two girls is held in the Tonnesen Archive of the Oshkosh Public Museum.