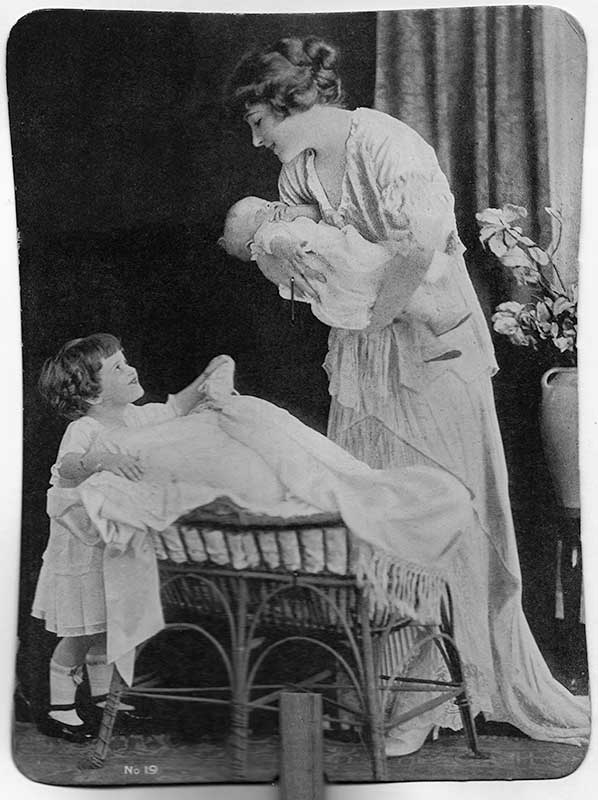 This touching photo can be identified as the work of Beatrice Tonnesen through the bassinet and carpet, seen in other verified Tonnesen works. This scene, circa 1916, features Virginia Waller (1913-2006) as the big sister. I believe the mother was portrayed by professional model Adelyne Slavik (189? - 1984). The back of the fan (not shown) states: "Keep Cool and Trade With M. L. Saylor, Dealer in Staple and Fancy Groceries, Notions, Shoes and General Merchandise, Confectionery and Drugs. Woodsboro, Md. Phone 17-F5." The fan was printed by Myers Mfg., Harrisburg, Pa.