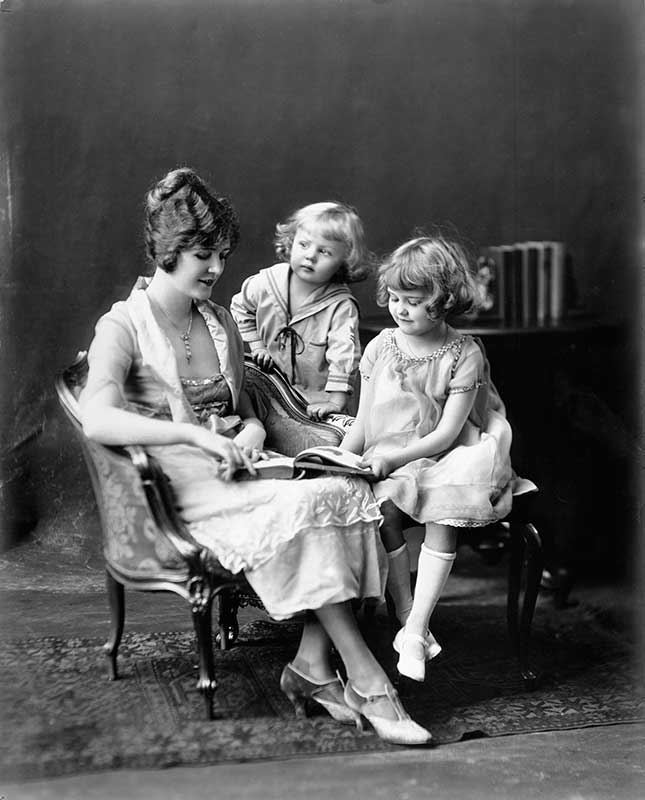 ◄ Back
Next ►
Picture 2 of 3
During the 1920’s, famed calendar artist R. Atkinson Fox (1860-1935) shared Beatrice Tonnesen’s Chicago studio. Fox is known to have painted from some of Tonnesen’s photos, and a photo found at the Winneconne (WI) Historical Society appears to be a companion to the source photo for Fox’s “The Children’s Hour”, which is signed with Fox’s pseudonym “DeForest.”