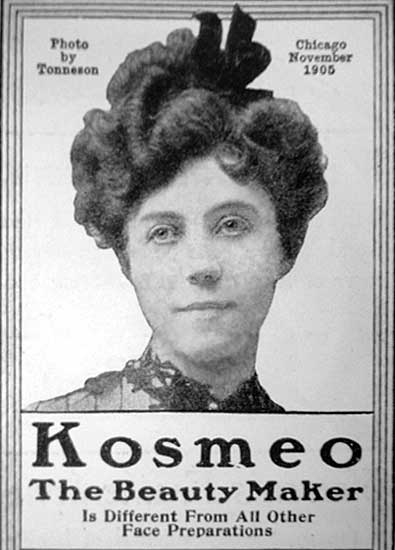 This ad ran in The Delineator (magazine), April 1906. The ad is marked "Photo by Tonnesen" and "Chicago November 1905." Despite the misspelling, I have no doubt this is a photo by Tonnesen. In reviewing old prints, magazines and newspapers, I have found her name misspelled frequently, not only as Ttonneson," but as "Lonnesen" and "Jonnesen." The model resembles line drawings published of Beatrice and her sister, Clara in newspapers around that time. Courtesy Judith Myers.